PR Advice for Startups from DigiDay, Elite Daily, and Me.

Last night I was on a panel of experts talking to Silicon Alley entrepreneurs about how startups can cut through the noise and reach their target audience.

The other panelists included Luis A. Navia of Elite Daily, Aaron Gottlieb of DigiDay, Yannis Moati of HotelsByDay, and João-Pierre S. Ruth of Xconomy.

Who Are These “Experts”?

I’m going to run through this fast, so I can get to to what you’re really here for: PR tips for your startup.

Luis leads Innovation and Culture at Elite Daily, a Gen Y website with more than 25 million monthly unique visitors. Aaron runs audience development for DigiDay, an industry leader on digital marketing and advertising. Yannis is the founder and CEO of HotelsByDay which, as it’s name implies, provides day-stays for weary travelers. One thing Yannis and I both have in common is that we founded (or co-founded, in his case) companies that specialize in exotic or adrenaline travel. I hope he got more money for his company than I did for mine! The panel was also joined by, João-Pierre S. Ruth, who is the New York editor of Xconomy, a national local-first business blog dedicated to startups and technology.

The panel was moderated by Wazi, a Venture Capitalist and Boston Consulting Group alumni who is currently the Director of Entrepreneurship at Mercy College. And, of course, there was me.

We didn’t agree on everything, but here’s what we did agree on:

Focus on Who You Are First

One of the things that stuck with me the most–even though I’ve been there several times already myself with my own startups–is to focus on your product first. Elite Daily made a pact not to attend a single trade show or networking event for the first three years. By the time year three came around, they sold their company to the Daily Mail for $50 million. Why? Because they focused on their product first.

I’d take this advice a step further, by writing down who you are and fleshing out a “brand filter”. A style guide would be great, but at bare minimum your startup needs to decide on it’s voice and tone. Figure out who you’re going to be, and write it on paper so you can reference it when you start trying to be everything to everyone (all entrepreneurs are guilty of it while they’re chasing the black). It’s not until you truly know who you are that you’re ready to engage the media or the public. Nail that down first, everything else comes later.

This one was unanimous from the media guys on the panel: standard press releases go straight into the trash. Press releases are an impersonal waste of time for everyone involved. If you’re going to bother pitching the media, take the time to do your due diligence. Learn more about the publication you’re pitching to make sure it’s even a right fit. Find the right editorial contact and see what they’ve worked on in the past. Compliment a recent piece of theirs and talk about their work before you pitch them on you or your client. Trust me, this small amount of personalization goes a long way. Speaking of which, if you haven’t bothered to take the time to find out what their name is don’t expect them to take the time to read your pitch, let alone write about it.

Startups can be a little desperate for press coverage, so much so that they’ll pitch anyone who will listen. That’s great, an entrepreneur should be his or her own greatest advocate, but when it’s time to pitch the media I advise startups to identify the five or ten journalists who have the power to change their lives with a single media hit.

Instead of sending the same press release to five-hundred journalists, craft five incredibly tailored pitches to the writers who could change your life overnight. Then keep pitching them. Stay respectful. Don’t spam them. Give them space. But stay persistent and always provide them value.

Nearly everyone agreed, with the exception of a very nice person in the audience who worked for a boutique PR firm, that companies NEED to pay-to-play if they’re serious about their content game. And, let’s face it, if you’re not serious about your content-game then your not serious about marketing or communications.

Let me break it down this way: the second a company hires a PR pro to represent them, they are paying to play. They might not be paying a blogger for a sponsored post, but they’re paying someone.

As little as $3,200 could get your startup featured in Alister & Paine Magazine. Another $1,600 in native amplification could get that sponsored editorial in front of another 3.6 million people and drive over 2,400 clicks to your piece of content.

That’s only a $4,800 investment for millions of eyeballs.

The average startup pays exponentially more than that before they even see their first blog post that usually doesn’t have more than a few hundred readers. It’s just simple math: paying to play let’s you cut to the front of the line and puts you in front of your target audience immediately.

Is it as easy as I make it sound? No. But it’s not as difficult as most startups think it is. Agree or disagree? Let me know in the comments. 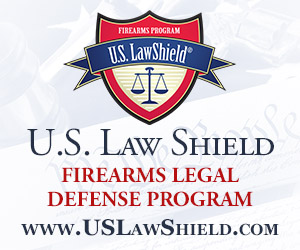